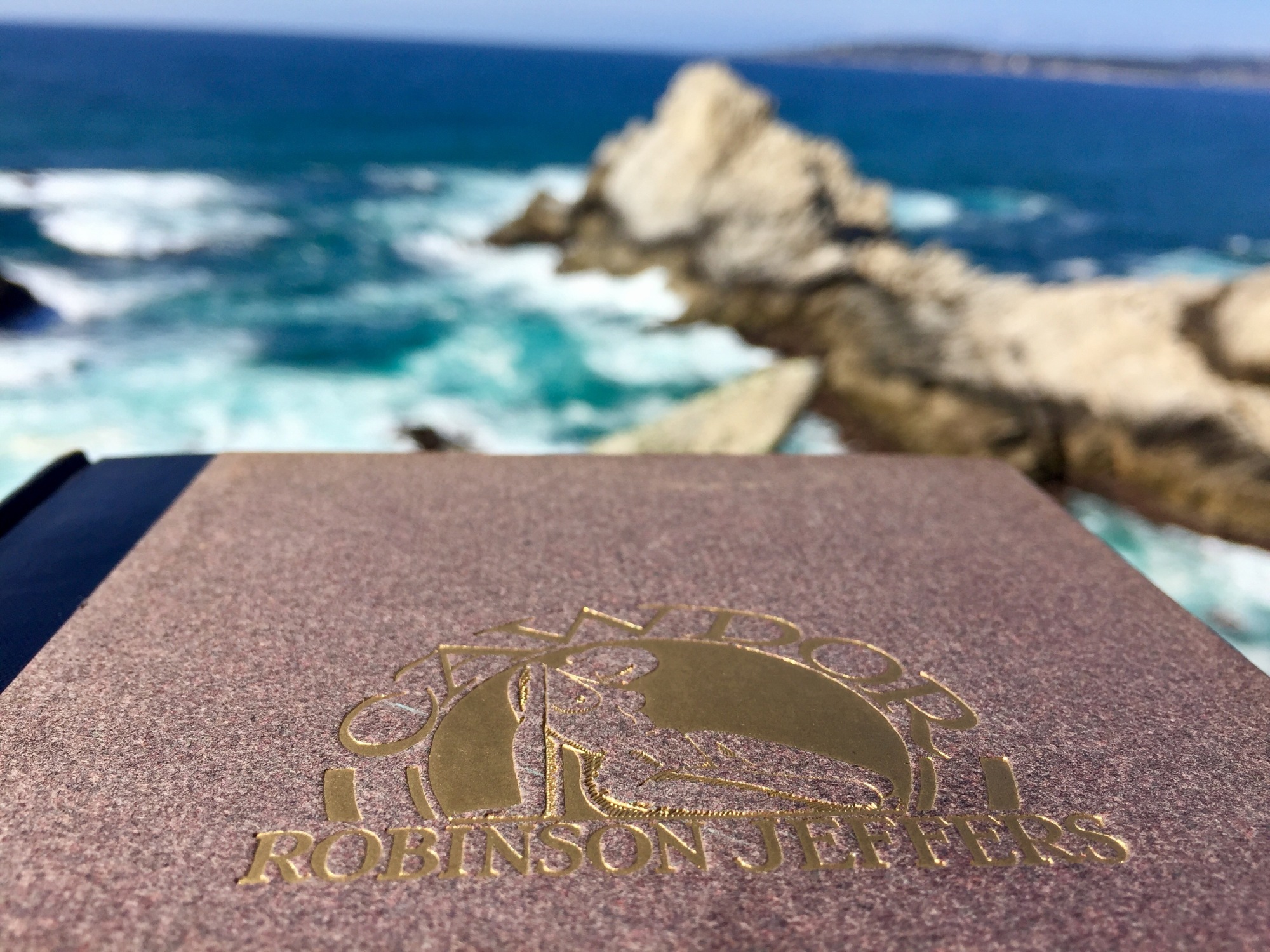 Written after reading and reflecting on Jeffers’ poem, “Meditation on Saviors” at Point Lobos on March 23, 2017, which can be found here.  Jeffers’ poem was originally titled “Note on the Women at Point Sur” but went unpublished until it was included in “Cawdor and Other Poems” (1928).

Eight years ago, in search of new foundations and footings
that the communal ape-mind demands to find in story,
I came to the end of the world – that place where water and stone
dare men to dream but not tread: This far and no further.

The coastal perspectives of this continental ledge out
toward the rounded celestial edge of our ancient refuge
Made ridiculous youthful vanities and self-obsessions
in silent profundity; laughing, crashing, shifting depths.

Wind and sun chapped skin burning, my anxious mind discerned
a gravitational pull toward the beckoning of a bookstore.
It smelled of the musty mold of thinkers forgotten, from a time
when ideas were deeper, attentions stronger, and wars

Over future visions were played out in these very rotting relics.
There I saw the face of Carmel’s poet; tortured and cold,
With Westward gaze hardened as the stone he hewed into a home.
The prophetic sternness of his face mourning modernity’s

Decadence, while perched between the century’s twin atrocities
resonated in this chest so inclined to wilderness sages:
“Love the coast opposite humanity, and so be freed of love.”
In a world waning, decaying, stalled between storms, waiting

For the quiet peace of the insatiable race that casts its saviors
upon holy hills: Calvary, Mohammad’s cave, Caesar’s hall,
Capitol Hill. Looking out into the depths, he saw the innate thirsts
for blood and power that coaxed us out from the waters.

A vision cold and violent, but salvaging meaning at a time
when poets played with utterance in purposeless despair.
Turn your back on the world: Face the westward home
from where we came; Ponder the future: man not apart.

Do not pity man, for salvation will come and take him by force
as he cries out for his savior’s blood.  Having glimpsed
A bit of Beauty from that violent stony ledge, man will return
to the Great Peace; his insatiable spark will find its sleep.